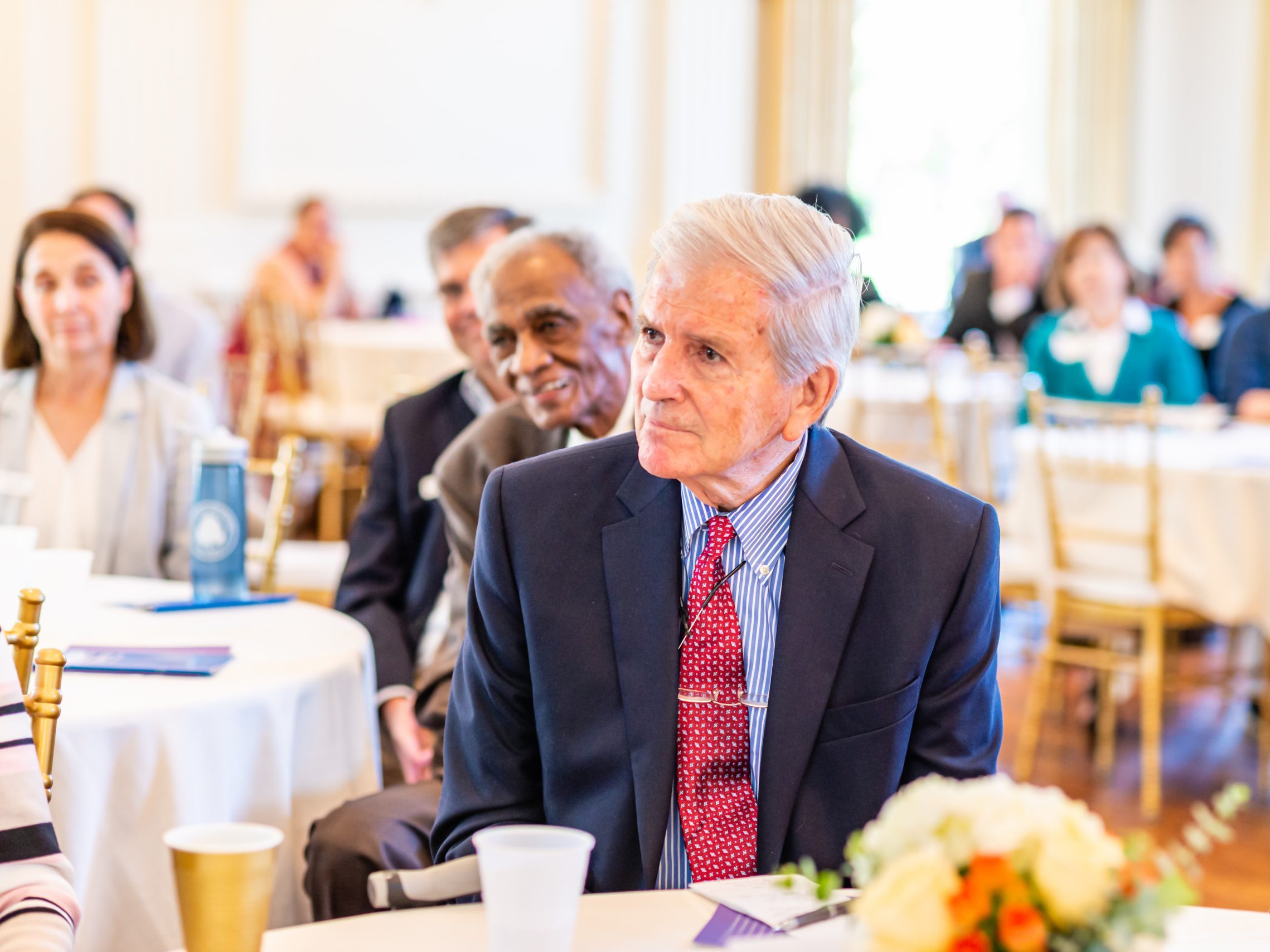 When I joined the Kettering Foundation in 1981, the board and I agreed that in addition to being president, I would continue the research and writing I had been doing while in universities. So, I have had two jobs. Now I would like to have just one.

Today, because of the worldwide crisis in democracy, there is a heightened interest in what Kettering has learned from 40 years of research on what it takes for democracy to work as it should. I have numerous requests for updates of the 8 books on that subject that I have authored, plus several new books to write and calls for articles, monographs, and speeches. I believe that responding to all of these is the best role for me at Kettering, and that is what I plan to do in the future. I am not retiring or going anywhere. But I don’t need to be president to do this work.

So, I have asked the Kettering Foundation Board to select a new president. Sherry Magill, who chairs the board, has designated the executive committee as the search committee. In addition to Magill, members include Suzanne Morse Moomaw, Roberto Saba, and Beverly Wade Hogan.

I will remain president until there is a new chief executive officer. After that, I will continue to participate in the three exchanges with Russia, China, and Cuba. My relinquishing the presidency will not affect my work outside the foundation such as chairing the National Issues Forums Institute, for example.

The foundation is in good hands. John Dedrick has been doing a great job for some time as the chief operating officer and executive vice president. He, Maxine Thomas, vice president and board secretary (who will staff the board’s search committee), along with our new CFO, Jack Harper, have formed an effective operating team.

As it should be, the first task in a search is to decide on the criteria for a new president. The board is fully committed to continuing the mission of the foundation. The job of those employed by the foundation is essential to carrying out that mission.

Consistent with how the foundation works, everyone is welcome to contribute to the criteria. These comments should be given to Maxine.

In accepting my decision to devote full attention to scholarly work, Board Chair Sherry Magill said, “We all knew this day would come. The board joins me in expressing our deepest appreciation to Dr. Mathews for his distinguished leadership and his fidelity to Kettering’s mission. He has held firm to the idea that citizen-led democracy is one of the great wonders of human history and must be studied, understood, and defended. We are grateful for his leadership, especially in these challenging times. And the board is delighted that Dr. Mathews will continue his research and writing.”

I deeply appreciate the support of the board during my tenure. I am very proud of what the foundation has been doing, and I am convinced that it has a unique and vital role going forward at a critical time in our history. Democracy is facing its greatest challenge since World War II. Kettering has an opportunity to help meet these challenges.

I consider myself incredibly fortunate to be able to work with such a committed and skilled group of people as you are. If truth be told, I have gotten many of my ideas and insights from what I have heard you say or seen you do. I shamelessly plagiarize. My sincerest thanks to all of you.

What we are doing is the highlight of my life’s work. I am looking for one of my Alabama stories to tell you that will make what I am trying to say as indelible in your minds as it is in mine.

Read the official press release from the Kettering Foundation here.

Every contribution we receive now until the end of 2021 will be matched dollar-for-dollar up to $100,000.

Make your gift today and double your impact!