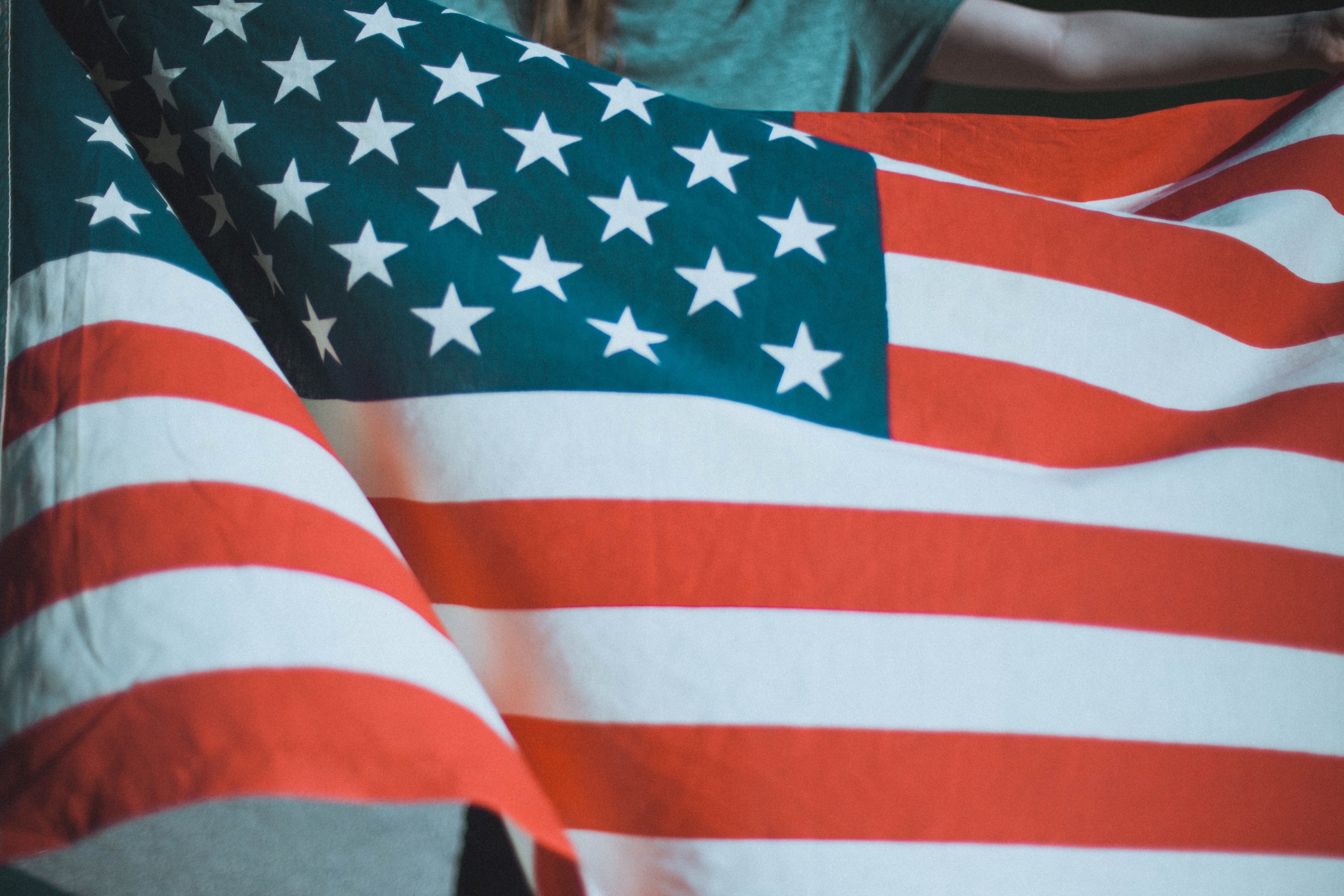 Jean O’Connor-Snyder interns are encouraged to find the stories and voices that make their summer placements unique. In her second community journalism thought piece, University of Alabama student Hannah Woodard profiles a resident of Marion and veteran nurse of World War II.

“Have you ever heard of Seychelles Island?” asks a Marion resident as her well-manicured hand eagerly shows off a birthday card from the island located between Madagascar and Kenya.

The font that curls across the cover would confuse the average person because the words are not in English. However, the French words fly as Geraldine Vaden, a World War II veteran nurse and the recipient of this card for her 98th birthday, reads it aloud.

Geraldine, known as Gerry to most, returns the Seychelles Island card to a bag stuffed with many more birthday cards from across

the nation.  Her friend Bekki Jadrnak is responsible for the big bundle of well wishes that arrived for Gerry’s birthday. Jadrnak explained, “I really wanted Ms. Vaden to know how special she is to so many people. In addition, I wanted her to know how many Americans sincerely appreciate her service.”

Jadrnak met Gerry when she was a student at Marion Military Institute and was writing a paper on nurses of World War II. Her instructor directed her across the street to the house proudly flying the American flag, and “the rest was history,” Jadrnak said.

Another friend who helped this World War II veteran celebrate is Pat Hansen, who has hosted parties in her honor.  Hansen treasures a copy of the book “And if I Perish”, which is about nurses during World War II. Wedged in random pages are newspaper clippings and other artifacts highlighting Gerry’s activities post war, such as her participation in Memorial Day programs in Marion and the itinerary for the Honor Flight she took in 2009.

Reflecting on her early life, Gerry said she was born and raised in a French-Canadian family in Maine, which explains her foundation in French.  She was the only daughter of her father who served on the police force and her mother who was a housekeeper.

As she entered high school, the Great Depression engulfed the country. While her two oldest brothers had been able to afford to attend college, the funds were not available for her post-secondary education.

Determined to become a contributing member of society, Gerry decided to pursue her nursing credentials immediately after she left high school, an education that would take her halfway across the world once she joined the Army Nurse Corps.

By the time Gerry had graduated from nursing school, America was climbing out of the pits of the Depression and into the trenches of World War II. For a few months, Gerry served as a private duty nurse, but she began to hear about the Army Nurse Corps and how they were contributing to the war effort.

“Uncle Sam said we need you so of course I joined,” Gerry said.

She entered the Army Nurse Corps in 1942 as a 2nd Lieutenant. Making the transition into military life did not require additional training, she recalled, because “nursing is nursing regardless of where you are.”

She added that the environment she worked in, behind the frontlines of battles in North Africa and Italy, was much busier than her gig as a private duty nurse.

Nonetheless, she was able to provide exceptional care to countless soldiers throughout World War II. A critical component of providing this care involved the art of triage, in which Gerry and other nurses assessed the condition of the wounded coming in to ensure they received proper care.

“Those that needed surgery were rushed to the operating room, and those who were in bad shape were given a shot of morphine to help them die in peace. The ironic thing was sometimes the patient we sent in died on the table, and the one we gave a shot to lived.”

When she was not caring for patients, eating canned food such as SPAM or sleeping in shifts, Gerry was reading letters sent to her by a young man named Carlton Vaden, her future husband.

Gerry met Carlton when she was stationed at her first post in Maine at Fort McKinley. Although the two were rarely in the same place at the same time, letters kept their love alive throughout the war.

“He got on his knee with the ring, and he was the perfect gentleman,” Gerry said as she recalled a pivotal moment in their whirlwind romance.

However, shortly after their engagement, Carlton was injured by a machine gun bullet that damaged his right eye. He was transferred back to the States to receive medical attention at Fort Slocum in New York where Gerry so happened to be working as the head nurse.

When he was well enough, on November 4, 1944, they were wed. Carlton’s need for additional surgeries to repair his extensive injuries led to his transfer to Tuscaloosa, where a hospital with an exemplary ophthalmology practice was located at the time.

For some time, Gerry was only visited by her husband when he took leave to fly to see her. Eventually, she entered the Army Nurse Corps Reserves and moved to Tuscaloosa to be with him day in and day out.

Life after the Battlefield

While in Tuscaloosa, Gerry used her GI Bill to receive the college education she was not able to attain before the war by getting

her bachelor’s degree in nursing from the University of Alabama.

She continued to practice nursing, but she soon saw a new career path on her horizon. She was honorably discharged from the Army Nurse Corps in 1950 with the rank of Captain. Afterwards, she went on to use her veterans’ benefits once again to obtain her master’s degree in French from the University of Alabama.

Gerry’s husband, who was a teacher before the war, was offered a job at Marion Military Institute, and Gerry accepted a role as a French instructor at Judson College in 1957. In Marion, they were able to flourish in their professional careers and raise their only child, Mary Frances.

As she reflects on her service as a nurse, Gerry admits that she still carries horrific memories of her time in World War II. Sometimes, she experiences nightmares of the war so vivid that she can even “smell the operating room”, but her caregivers such as Vera Jones are usually around to calm her.

Today, Gerry, retired from her job at Judson, can usually be found sitting in her recliner at home, a chair she has dubbed “my domain”. Her cat Minou, a flash of black and white fur and a friend of many years, gracefully leaps into her lap when she calls his name,

Jones, who has been working for Gerry for nearly eight years, describes Gerry as “full of personality.” Another friend who helped make this veteran’s birthday special, Jadrnak, agrees, saying, “Perhaps her physical body is older, but she remains young at heart.”