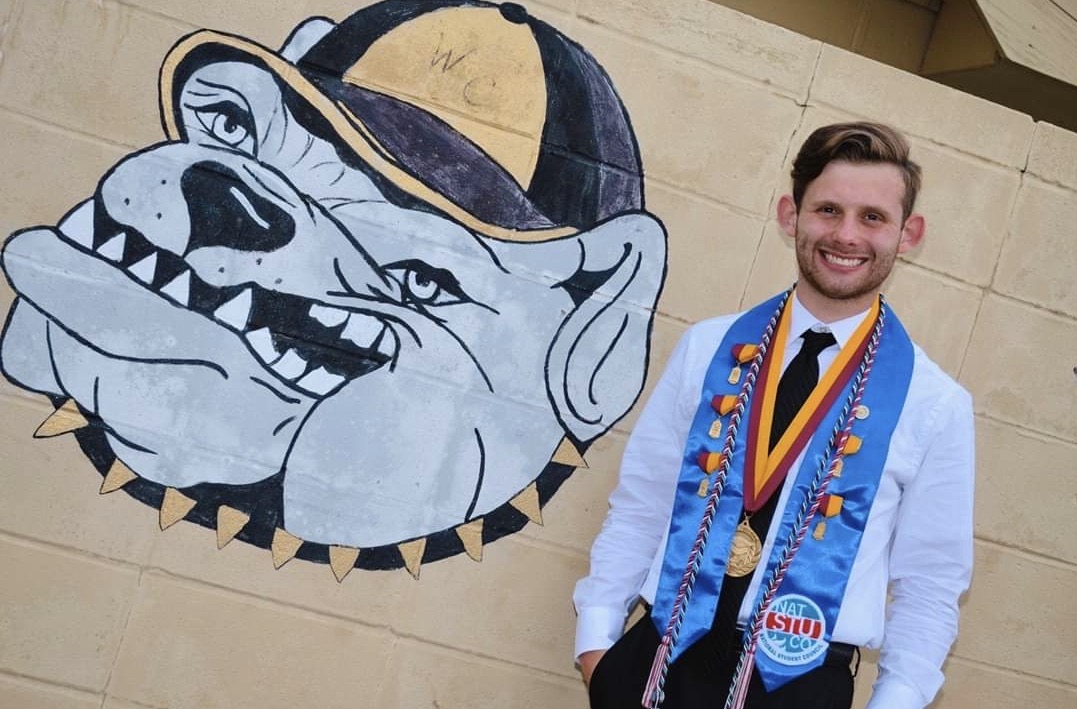 Chatom resident Sean Atchison is a teen who works hard for the change he wants to see happen. The recent graduate of Washington County High School, where he served as student body president, is an advocate for his community.

Jessica Ross, head of Washington County Library, said, “He has a passion for civic involvement and social justice, and it makes an impact among peers for sure, but also among adults.”

He spent some of his time as a school leader working with a group of students to express their opposition to plans for the Woodland Prep charter school. The 17-year-old said, “What I saw in the charter school plan was a threat to the community that I love and that I grew up in.” He added, “I have always been an advocate for change, and I know we need structural change for our community. But this wasn’t structural change. This was change for the sake of change.” One change the recent high school graduate would like to see is improving gaps in the education system, especially in math and science. “That’s the gap. But that’s not just here in Washington County. It’s all across the state.”

Data from the National Assessment of Educational Progress (NAEP), reflect his concern about math. By 8th grade, only 21% of students reach proficiency in math compared to the 34% national average. However, reading scores show that Alabama is only slightly below or on par with the national average.

His civic involvement did not stop when he graduated from high school. Atchison is now interning for a congressional candidate for the First District of Alabama, Kiani Gardner. He said, “I have never met somebody who inspires me more than her.” Atchison met the candidate and learned about her campaign through an Instagram message. His roles include keeping Gardner updated on local issues and managing her social media accounts.

Atchison is also staying busy writing. He wrote several articles published in the Washington County News on the controversial Woodland Prep plan. And his articles have also been published on BamaPolitics.com.

What’s next for this busy Chatom teen? He plans to attend the University of Alabama this fall with a focus on international studies. “I have always had a passion for other people, especially those who other people don’t understand,” he explained, adding that he believes learning about other cultures is essential.

Taylor Reed, former student body vice president at Washington County High School and a close friend, said Atchison is making a difference. Reed said, “I have seen firsthand how he impacted his peers and the young people in our community with his activism. He personally inspired me to be a voice when not many people are willing to listen.”

Through writing, campaigning, and staying involved, Atchison said he sees his role as an advocate for his others. “My main goal throughout high school was to set myself up for a good life and also to impact the community I lived in in a positive way that left a road map for others.”

Thomas Chapman is an Auburn University sophomore majoring in electrical engineering. As a Living Democracy JOIP intern, he worked remotely with community partner Jessica Ross, director of the Washington County Library in Chatom.