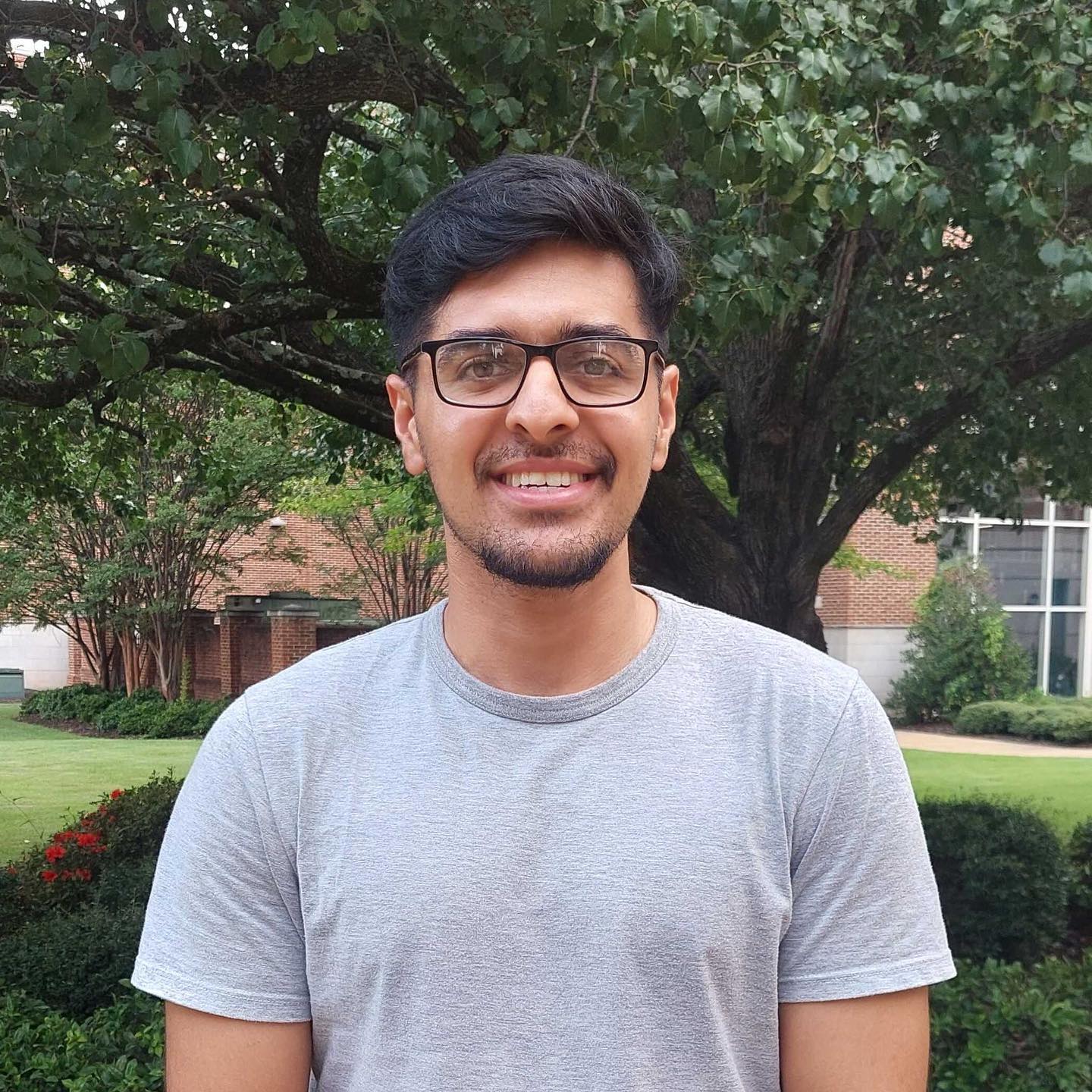 Jean O’Connor-Snyder intern Deep Singh reports on how Jasper Main Street has boosted the development of downtown while encouraging young people to join the movement and help revitalize their hometown.

Across rural America, small towns and cities have been losing some of their best and brightest members at an alarming rate. These well-trained, talented people are drawn to bigger urban areas thanks to the allure of higher-paying jobs and big-city lifestyles. The loss of this skilled and highly educated human capital is a serious threat to the economic and social vitality of rural areas and has aptly been termed “brain drain”.

“I graduated with a class of 70 students. Maybe 15 or 20 of them ended up returning to town,” Drew Gilbert, co-founder and owner of Tallulah Brewing Company in downtown Jasper, explains to me. “Growing up, I could see my hometown slowly dying year after year. Every year, the population was declining, and businesses were closing.”

Drew, a native of Cordova, is one of those people who felt compelled to return home after receiving a 4-year degree to make a difference in his community. After serving two terms as mayor of Cordova and navigating the city through the wake of the 2011 tornadoes that ravaged the state, he has begun to focus more on his business but continues to be invested both in Cordova, where he grew up, and the home of his business, Jasper.

Given Brain Drain’s pervasiveness, rural communities are constantly pondering the question of how to attract and retain skilled young professionals. Cases like Drew’s appear to be a bit of an outlier, as most of the young, educated people from rural communities relocate to larger cities or regional capitals. Some may point to lack of opportunities for this segment of the workforce, but that lack is only one of a set of challenges that these communities face when attempting to make their community more attractive to outsiders. Other assets and infrastructure that support social and mental well-being in addition to economic well-being must be developed for these towns to become permanent destinations for the next generation of rural community leaders.

I spoke to Cristy Moody, the Executive VP of the Walker Area Community Foundation in Jasper, about this issue of Brain Drain over a midday Zoom call. Jasper provides an interesting case study for tackling Brain Drain, as it has gone through multiple economic ups and downs but has been experiencing a revival over the past decade. In our conversation, Cristy recounts examples of people she would run into years back who would work in Jasper but live in Birmingham. “My question was always why,” she says, “Why would you live forty minutes away when you could live here? But the reason why is that they didn’t see Jasper as place where things were happening. They’re not here. They’re getting out of work and going straight back.”

In recent years, though—and as attested to by Cristy and other community members—the perception of Jasper as a sleepy small town with little to offer in terms of entertainment has significantly changed thanks downtown revitalization efforts.

The establishment of restaurants, breweries, entertainment programming, and various other stores has happened rather quickly and successfully. Understanding the importance of a thriving shopping and entertainment district, various organizations, such as Main Street America, are dedicated to redeveloping historic downtown districts. It goes without saying, though, that downtown revitalization in rural towns like Jasper that have experienced significant economic decline is no easy feat.

Jasper Main Street, which currently operates as the main advocate and facilitator for economic growth in Jasper’s downtown and increased partnerships between the public and private sector, receives a lot of recognition for Jasper’s development. The desire to revitalize downtown Jasper, however, had been years in the making even prior to Jasper’s designation as a Main Street City. Important figures within Jasper’s community and downtown business owners such as Dr. David Rowland and Mr. Rusty Richardson, proprietor of Bernard’s Store for Men since 1988, have played key roles in laying the foundation for Main Street to be effective and for the city’s downtown to be thriving the way that it has.

Rusty is one of the people who has witnessed first-hand the ups of down of Jasper’s commerce. He first began working at Bernard’s Store for Men as a student at Walker High School through their co-op program. Years later after graduating from UAB and continuing to work for Bernard’s, Rusty accepted a full-time position in 1980 and eventually bought the store with his wife in 1988. As I speak with him, he gives me brief history of downtown, “Downtown was vibrant in the 70’s and people were shopping and buying things even during the 80’s because the mining industry was supporting everything.”

Yet, the collapse of Jasper’s coal mining industry in the 90’s ushered in a period of decline where empty storefronts stood in place of once thriving businesses. In an effort to combat the problems that they saw going on, Rusty along with other business owners such as Fred May of G. May & Sons Furniture and Debbie Young of Young Jewelers formed the Downtown Merchants Association.

Ultimately, the work of the Downtown Merchants Association reached a breaking point as they learned how much work must go into organizing downtown activities. “We did the best we could, but we had trouble trying to organize events to bring people downtown.” This is where Main Street and Jasper Main Street’s current Executive Director, Michael Putman comes into the story. “Debbie came to me and said she gathered some money and said that she wanted to hire Mike Putman for 6 months.” Trusting Debbie’s judgment, Rusty agreed. Until this day, Mike is still the face of Main Street thanks to the work that he has done.

“I hate to say it felt dead, but visually [Jasper] felt dead. Now, people see the banners downtown and hear the music and it makes it feel like there is always a festive mood here.” Cristy Moody tells me in praise of Mike. “It’s no surprise that Mike being so visual and oriented to music was the one who brought that here.”

In the seven years that Jasper Main Street has been operating, 46 new businesses have opened in downtown Jasper and millions of dollars of public and private improvements have been invested into the community. The growth in commerce in Jasper’s downtown has opened the door for many entrepreneurial minds to find success and encouraged them to move and remain in Jasper.

One of these entrepreneurs is Drew Gilbert and his brother-in-law who along with their family’s support decided to undertake the endeavor of opening a brewery. “As mayor of Cordova, I was aware of what was going on in Jasper and their downtown.” Drew recounts. “Then, when I heard about them becoming a Main Street community, I knew that this was the place. I knew about Main Street and wherever they go, growth follows.”

Today, Tallulah Brewing Company is a focal point of Jasper’s downtown. The quality of their products and their special events Trivia Night attract visitors from all over the county and state. Similar stories of successful entrepreneurial endeavors can be seen through many other downtown business owners such as Mason Boren of Twisted Barley Brewing and Dustin Beaty of Lavish Boutique and Coffee House.

Another aspect that may go overlooked is the fact that having a robust downtown ecosystem encourages the workers who may otherwise choose to live in a larger metropolitan area like Birmingham to live in Jasper. By living in the community and raising their families here, people become more invested in the future of the city.

Josh Gates is a businessman who can work from anywhere, yet he and his family have chosen to call Jasper home partly because of the interplay of its assets, including downtown. In our conversation, he explains why he took on a leadership role within the community. “I wanted to be engaged. I wanted to have some influence on what the future of this town looks like because that’s where I am going to live. That’s where I am raising my family.” People who are invested in a community are some of the greatest assets a community can have because they won’t just up and leave when times get rough. Instead, they will fight to improve their surroundings as others,  such as the Downtown Merchants Association, had done in the past. “When you’re actually seeing and participating in the growth of an area. You don’t just overnight have a bad day and bail on that.”

In closing, Jasper’s downtown is not the only asset that Jasper has, but it provides great value in attracting young professionals to the city. The availability and resources for entrepreneurship can be an intriguing tool to recruit and retain people within the community. More importantly, the social benefits that it brings as a gathering place for people, whether it be family activities or a night out with friends can be a driving force in getting people to move to and become more invested in the community.

Deep Singh is a junior at the University of Alabama majoring in Interdisciplinary Studies with a depth study in Neuroscience.