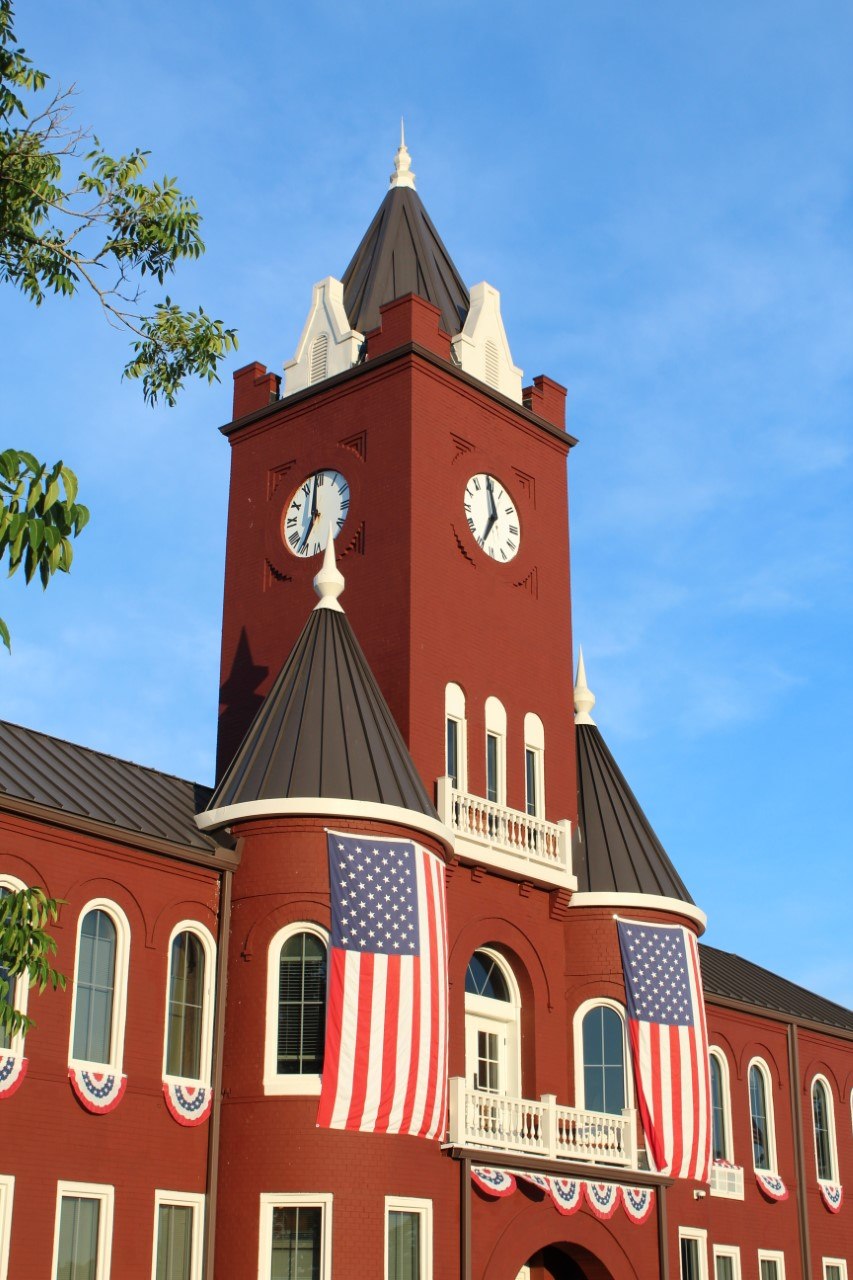 Jean O’Connor-Snyder intern Harrison Carter interviews Elba Mayor Mickey Murdoch on the ups and downs he has faced in his decade of service.

Mickey Murdock came home to Elba after four years in the military hoping to build a successful life. A long-time resident, Murdock grew to love the community as he raised his family.

What he never imagined was becoming a politician.

That changed in 2011 when he took office as Elba’s mayor after the untimely death of Mayor James Grimes.

Murdock, a University of Alabama graduate with a degree in business administration, moved back to Alabama after his military service and eventually began his career as a certified public accountant in Elba.

He was happy to come home, noting that life in California was too fast-paced. “At home, you walk by someone and wave or smile, and they smile back.”

In 2011, after the passing of Mayor Grimes, a member of the community reached out to Murdock and said he should throw his hat in the ring for mayor.  Murdock, then retired, said he was honored to have people believe in him and thought serving as mayor would be a new adventure.

But it wasn’t an easy decision for Murdock. He said, “I am not the most outgoing person.”

Serving in public office, he added, places you in a vulnerable position. “You have to have thick skin,” he said.

However, Murdock said, after prayer and careful consideration, he decided to accept the challenge. Since it was not an election year, the Elba City Council voted to make Murdock the mayor.

He entered public office at a challenging time as the community faced financial struggles and problems related to infrastructure caused by flooding of the Pea River.

Now, after almost a decade in office, Murdock said he is proud of how he met those challenges. During his tenure, he helped balance the budget.

According to Laurie Chapman, executive director of the Elba Housing Authority, the mayor worked hard to get finances in line. She added that he helped the town reach many other goals as well.  Some projects he was able to complete were cleaning up the streets, passing new zoning ordinances, historic preservation efforts, and renovating Elba’s downtown.

However, as he prepares to step down from the mayor’s office, Murdock gives most of the credit to the people who worked with him.

Elba resident Justin Maddox, who worked with Murdock at National Security, said, “He is a good guy. He is intelligent, dependable, and pragmatic, and I think he has served Elba greatly in his time as mayor.”

Many agree that Murdock’s service in public office is motivated by his love for Elba.

After the next election on Nov. 3 this year, Mayor Murdock will have time to reflect on his role as a city leader. Murdock said he wants to spend more time with his family and church activities. Three other people are now running for the mayoral seat.

His advice to the next mayor of Elba is to build on what has been accomplished and form new goals to move Elba ahead. He also promises that the “job is never boring.”