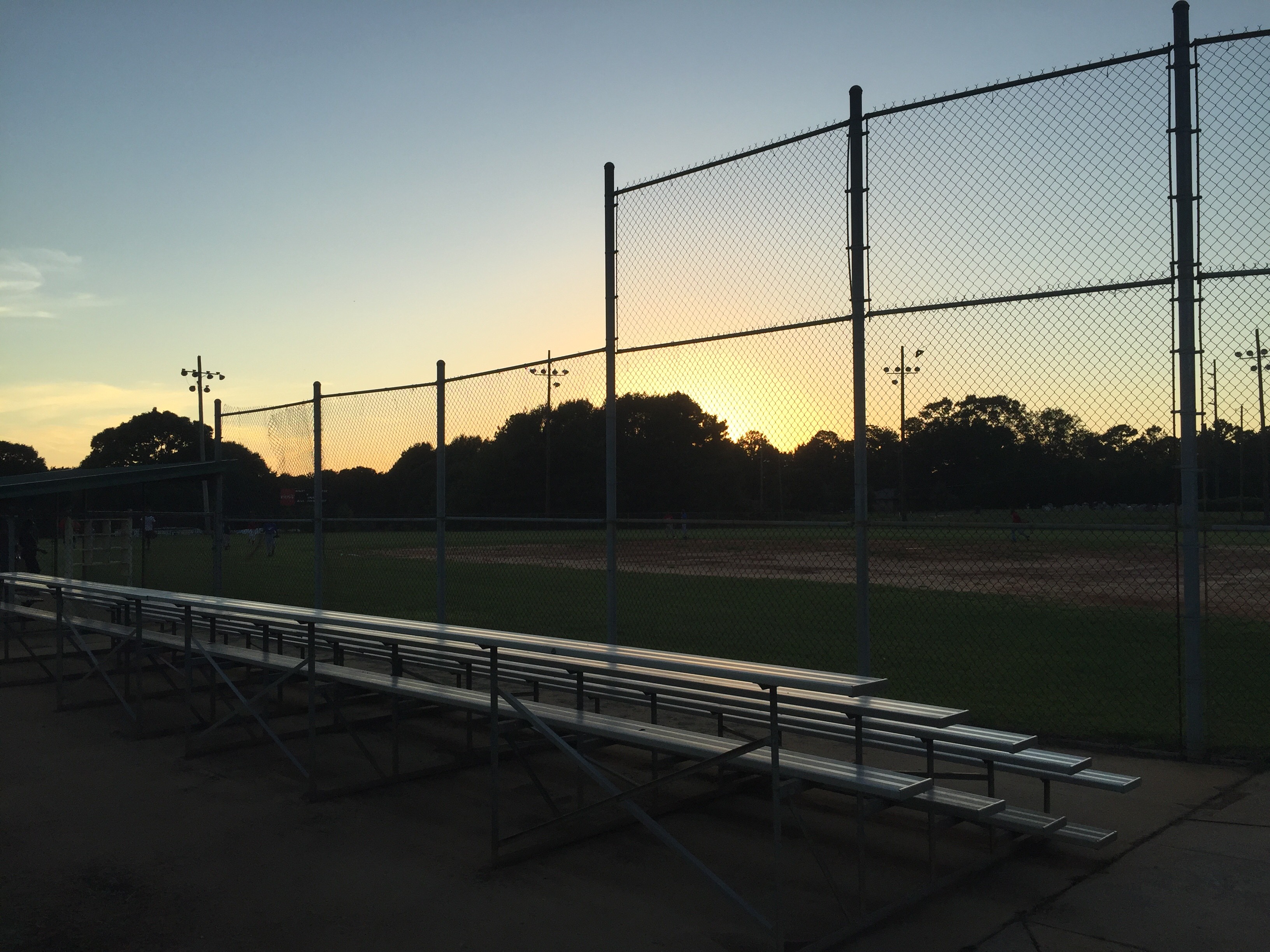 JOIP Intern Shana Oshinskie reflects on a summer tradition in her summer community of Marion, AL.

It happened a long way down Washington Street, where a winding road passes by a grassy expanse showered by late afternoon summer sunlight. As the clock ticked closer to 5 p.m. more and more cars pulled into the parking lot. Parents, grandparents, and dozens of children assembled to witness and participate in an honored tradition.

The energy at the baseball field was, in part, fueled by the fact that this is the first year in almost a decade that Marion has coordinated Little League games.

From June 10 to July 15, the Marion Little League brought out crowds several times per week to Julia Tutwiler Field in Douglas Moore Memorial Park. Over the month-long season, athletes aged 4-14 played 41 games at the field. With 120 players registered and a similar number of spectators at each game, the Little League attracted hundreds to the park.

The energy at the baseball field was, in part, fueled by the fact that this is the first year in almost a decade that Marion has coordinated Little League games. Though it used to be annual tradition, several factors forced a long break from the summer ritual.

This summer, however, reignited community interest and eager city support allowed Marion to host its very own Little League coordinated by the local government with community members stepping up to serve as coaches.

For each game, Mayor Dexter Hinton got to trade his formal City Hall attire for a t-shirt and jeans to stand behind home plate as the official umpire, helping hands-on with one of the initiatives that led to his election as mayor in 2016.

“One of his platforms was reenacting the recreational programs for the community’s youth,” explained Laura Hinton, the City Clerk of Marion and one of the most active organizers of the Little League. “It was highly requested by the community. They really wanted to see the kids back out there.”

Yet it wasn’t just elected city officials who made the relaunch of Little League possible. Dinah Essex, Riann Melton, and Mahogany Peoples, all raised in Marion and current city Human Resources and accounting employees, volunteered their nights to work in the concession stand and announcer’s booth.

All three expressed great excitement about the newly formed organization. “The Little League is better than the kids sitting at home, watching TV, or getting in trouble,” Peoples said.

Peoples and Melton knew almost every patron who stopped by the concession stand for a snack, greeting each by name and asking them about their day or their family while they poured hot cheese over nachos or cut open the popsicles for exhausted players. In the concession stand, in the bleachers, and in the dugouts, citizens treasured the opportunity to talk, eat, and experience the games.

Nights out at Tutwiler Field often took several hours. A typical game lineup started at 4 p.m. when the 3-5 year olds, the Cardinals and the Red Sox, started a game of Tee Ball. Four more games were usually played, with each subsequent match-up containing older athletes.

Because of community investment in the Marion Little League, City Hall is now working on plans to bring back the league next summer.

The last game typically started at 7:30 p.m., ending as the sun set. Many families stayed for the whole five hours as they enjoyed the opportunity of watching their children participate in a beloved tradition.

Because of community investment in the Marion Little League, City Hall is now working on plans to bring back the league next summer.  “There were coaches this season that used to play,” said Hinton. “I know my husband was one of them. He used to play ball in the league, and now he’s a coach and our two sons play.”

Beyond that, afternoons in Douglas Moore Park inspired another community initiative. All this enthusiasm lead City Clerk Laura Hinton and Mayor Hinton to start planning for an adult baseball league, which will likely start sometime in 2018.  “So many of the parents, while they were out there with the kids, went back to their youthful days, and they just don’t want to let that go. After the kids would practice, a lot of the adults would go out there and hit some balls,” Mrs. Hinton said.

Melton added, “I think that will help get more adults a lot more involved in the community. It’s also meant to have them show the kids that they’re doing it too.”

“The Little League creates a platform like no other…It really gives the players a sense of what a community is supposed to look like.”

These sort of spiraling patterns of organized excitement are typical in Marion. The city contains numerous civic groups, representing everything from quilting circles to garden clubs and cemetery associations to the prestigious Lincolnite Club, an alumni group for the historic Lincoln Normal School where Coretta Scott King was educated.

This summer, residents of Marion appreciated the opportunity to gather in hallowed spaces like Douglas Moore Park to eat hot dogs, cheer on their children, and enjoy community fellowship.

“The Little League creates a platform like no other,” said Hinton. “You get the realization of togetherness. We got to see our kids cleaning up after games, just volunteering. It really gives the players a sense of what a community is supposed to look like.”