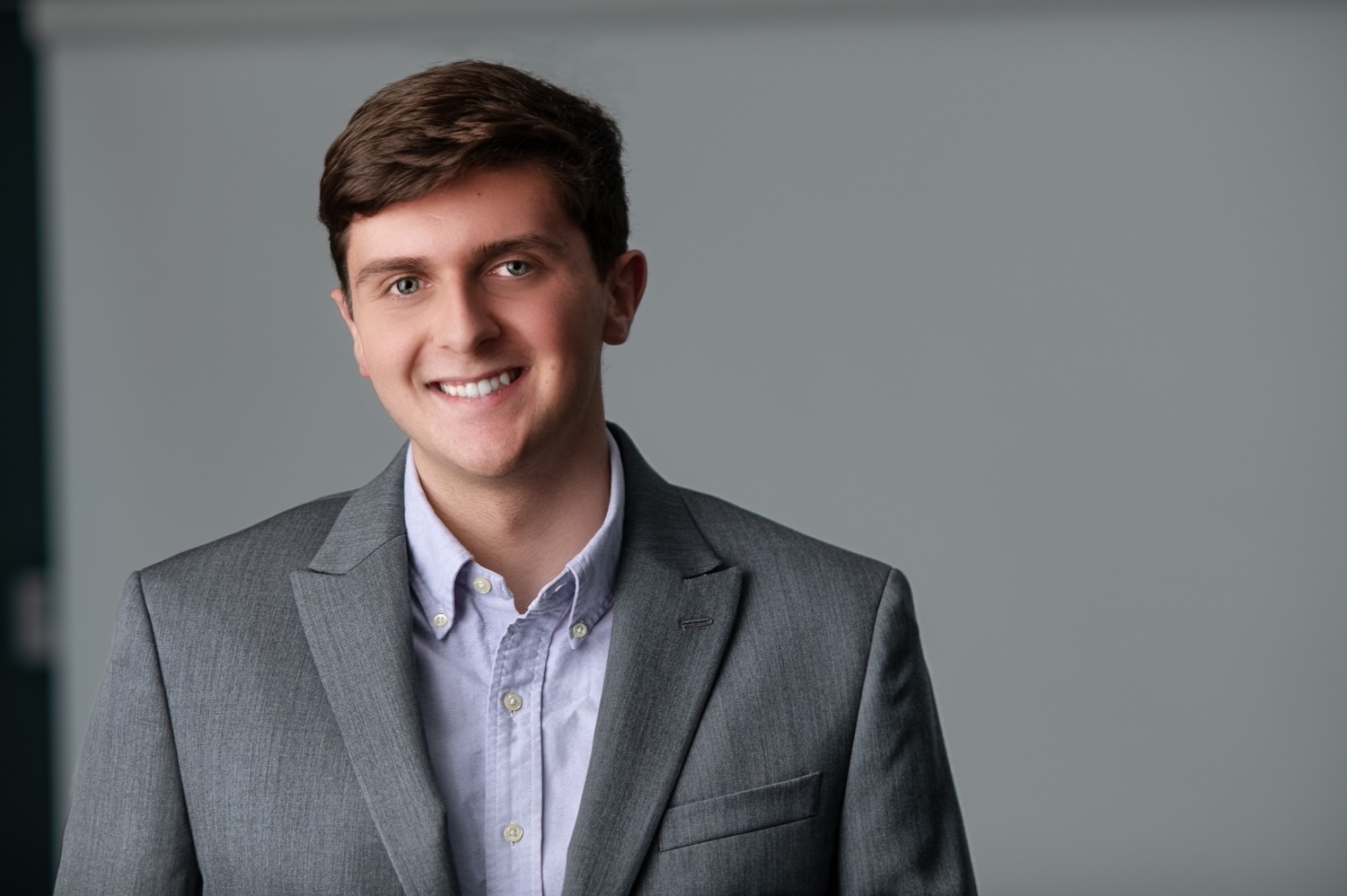 Jean O’Connor-Snyder intern John Pace describes how one person and their unique skills can truly make a lasting difference in a community.

To Phillip Willis, everything is about perspective – seeing things others don’t even notice. Phillip is the Maintenance Supervisor for the Jasper Campus of Bevill State Community College where he and his team of two maintain the entire campus. That includes the Carl Elliott House Museum, where I met Phillip for the first time.

I am spending the summer working as a Jean O’Connor Snyder Intern, or JOIP, in Jasper, Alabama. As a JOIP intern, I’m working with the University of Alabama’s New College and the Walker Area Community Foundation to improve civic health in Walker County. One of my projects for the summer is helping to bring life back to the Carl Elliott House Museum. I met Phillip because he was the only individual with a key to the Elliott House.

I’d like to say the first thing Phillip said to me was his name, but it wasn’t. Instead, he told me that the door was unlocked, and I could go in whenever before sinking back into his one-door Chevy truck. I caught him and asked his name, but all he said was that he was “nobody important”.  After some polite persistence, Phillip eventually began to talk about himself – and about all the work he has done for the Elliott House Museum. Phillip explained how he’d stripped an old barn to reroof the house – and even pulled vines out of Elliott’s office. But – crazy as it might sound – the work that intrigued me was the windowpanes.

“Do you see anything with those windows?” he suddenly asks me. “Those are UV-resistant panes. I was told to put those windows in, but they were made after the year 2000.”

Phillip then points to the window of Elliott’s office before explaining how he specifically selected windows that would both protect the museum’s interior and be period-appropriate for the house. I eventually toured the house fully, but I just couldn’t get over what that maintenance man – supervisor or not – had shown me. It wasn’t simply that I didn’t know these things but that I never would have noticed them. So, I reached out to Phillip to discover what else people were not noticing.

The next place I found him was at the maintenance shop next to the slightly overgrown baseball fields in the back of Bevill State’s campus. I tell Phillip I wanted to see what else I was missing, what I didn’t see. It clicks with him now, “Well I’ll show you what you don’t see,” He whirls around in his chair, kicks the PC alive, and pulls up a database with charts and graphs like you would see in a statistics course.

“You see there,” he points to the screen, where it says, “MAINTENANCE: PRESSURE WASHING-WADE: COMPLETE; MAINTENANCE: LIGHT FIXTURE-COLLINS: COMPLETE,” and continues with various issues around campus. He tells me he records everything his team does on this campus. It’s a mile-long list, and it’s just from this month.

At the bottom of the page was a pie chart splitting the different individuals who request maintenance. The number one requester of maintenance was “1: WILLIS, PHILLIP,”

“You want to know why that is? Follow me,” he tells me, as this interview turns into a field trip on a dime. We walk into the college’s administrative office, and he begins to flicker the lights as if he had suddenly lost something.

“Did you see anything?” I look around as if I was supposed to be looking before shaking my head like a child who had been caught daydreaming in class. “There were two lights out in that office and the window seals need to be painted,” Phillip continues his crusade throughout the campus. Me, I’m still trying to figure out which light he was talking about.

As we walk across the street back to the maintenance building, Phillip suddenly stares at the ground and slowly walks across the intersection as a chevy truck pulls toward us faster than I would have liked. And although Phillip is spry enough to get across the street before the truck gets to him, he feigns a slight limp and meanders slowly across the street – not even acknowledging the vehicle, which to my relief, slowed to let him pass.

“Do you know why I do that?” as if I could even understand what he’d just done. “It is because it is one thing if they hit me, but if they hit my students, that’s a whole other issue,” he tells me.

“My students,” I have heard similar statements from my professors and teachers, but to hear that from a maintenance worker is different. “I am trying to get them into a different mindset,” he says after stepping up on the curb and immediately straightening back up from his temporary limp.

Phillip finishes our discussion by telling me regardless of whether others appreciate his team, he wants to make sure they feel appreciated by him. Phillip explained how he tried to take different steps to “I try to make it as good as I can. I usually—out of my pocket about every two or three months—have dinner for everybody where I either buy pizza or chicken or my wife makes a big thing of soup with a whole bunch of desserts.”

Before I left him at his shop, Phillip wanted to show me one of his more recent projects. We walk back to the elevator in the Administrative offices. Assuming our destination was on another floor, I walk in and wait for Phillip. But he just stands there holding the door asking again, “Do you notice anything?”

I see nothing in the elevator except a framed safety certification. Phillip explains that before he took on this job, certifications were unceremoniously stuck to elevator walls with scotch tape, but he wanted to change that.

“See, when you do things, little things like that, it makes a huge difference,” he tells me.

Phillip does not want to change the world. I have spent years in the ivory towers of academia and politics with people who have big ideas about bold actions to impact this world to change this state. That’s not Phillip’s goal. What he wants is for people to see this world at a different scale: the little things, the windowpanes, and elevator certificates. In just a couple of meetings, Phillip taught me that the big things around us are made of small things. Whether you want to change a community, a state, or a museum in a house, you have to remember that they are all made up of smaller parts. And the care taken for the smallest parts shows in the biggest ones.

Every time I drive by the Museum, I think about the monumental impact Carl Elliott made in and beyond Alabama – about the good that the museum can do. But now, I also see the windowpanes. And I see how acknowledging detail-work like this makes a difference. I see people like Phillip taking small actions, one at a time, that build up to a huge difference.

John Pace is a rising senior at the University of Alabama majoring in Economics and History with a focus on 19th and 20th-century racial violence.