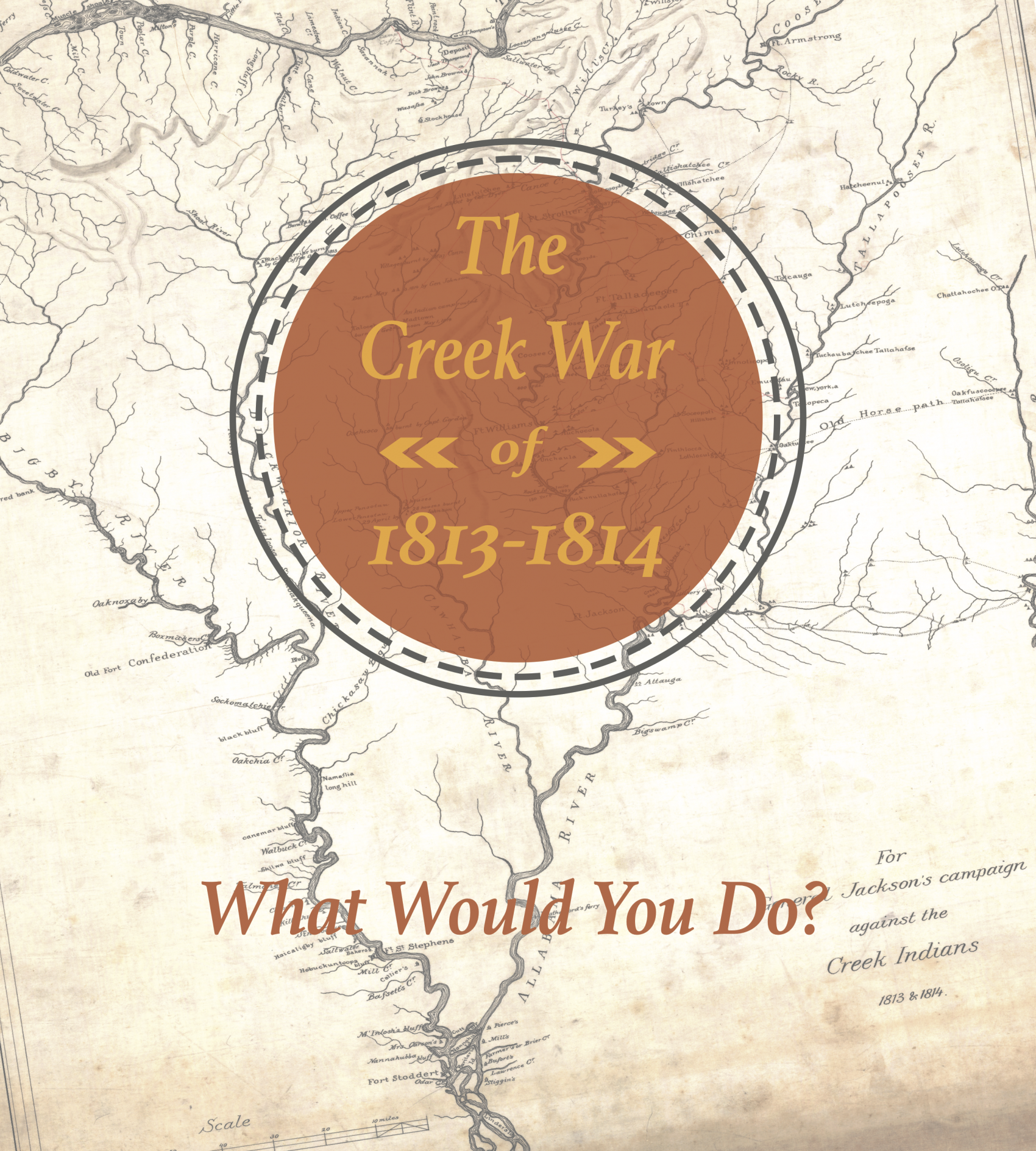 We are pleased to announce the release of our newest historical issue guide, “The Creek War of 1813-14: What Would You Do?” This issue guide is designed for classroom deliberation on a period of Alabama history that deserves more of our attention.

Deliberation is a form of discussion where participants weigh the pros and cons of different approaches to solving a complex problem. Participants work through various tradeoffs or consequences of actions with respect and passion. Over time, they develop skills required for living in a democratic society: critical thinking, communication, judgment, and empathy. This classroom deliberation invites students to consider the difficult choices that faced Creek Indians in 1813. We encourage educators to take advantage of the issue guide, as well as this short introductory video on the topic.

After a brief introduction, which presents four of the major issues leading to the Creek Civil War, students have an opportunity to imagine themselves as Creek people and decide which of three approaches they would support.  The first approach, Preserve Our Culture at Any Cost, aligns with the Red Stick perspective. Red Sticks, like Josiah Francis, were willing to fight their fellow Creeks and the United States to protect their independence and way of life. The next approach, Ensure the safety of Our Family, focuses on those Creeks who valued safety more than anything else. They sought ways to protect their families and avoid any fighting. Finally, Make the Best of Our Situation, examines the views of those Creeks that chose to fight against the Red Sticks. Many of these Creeks benefited from some of the changes to their society that stem from European and American influence. They were willing to ally with the United States in hopes the two nations could move forward together.

This issue guide was developed in collaboration with the Charles F. Kettering Foundation as part of a research project on integrating historical and civic education. Partners include the Caroline Marshall Draughon Center for the Arts & Humanities in the College of Liberal Arts at Auburn University; Clarke County Historical Museum; and the David Mathews Center for Civic Life. Special thanks to colleagues at the Alabama Department of Archives and History and the Alabama Bicentennial Commission, as well as Dr. Kathryn Holland Braund, History Department, Auburn University. This issue guide is dedicated to Robert Thrower (1961-2017), Tribal Historic Preservation Officer, Poarch Creek Indians. Robert was a passionate advocate for this project and a key contributor to its development.

To order a classroom set of the issue guide, or schedule a facilitated classroom forum contact Jessica Holdnak, Civic Fellow.