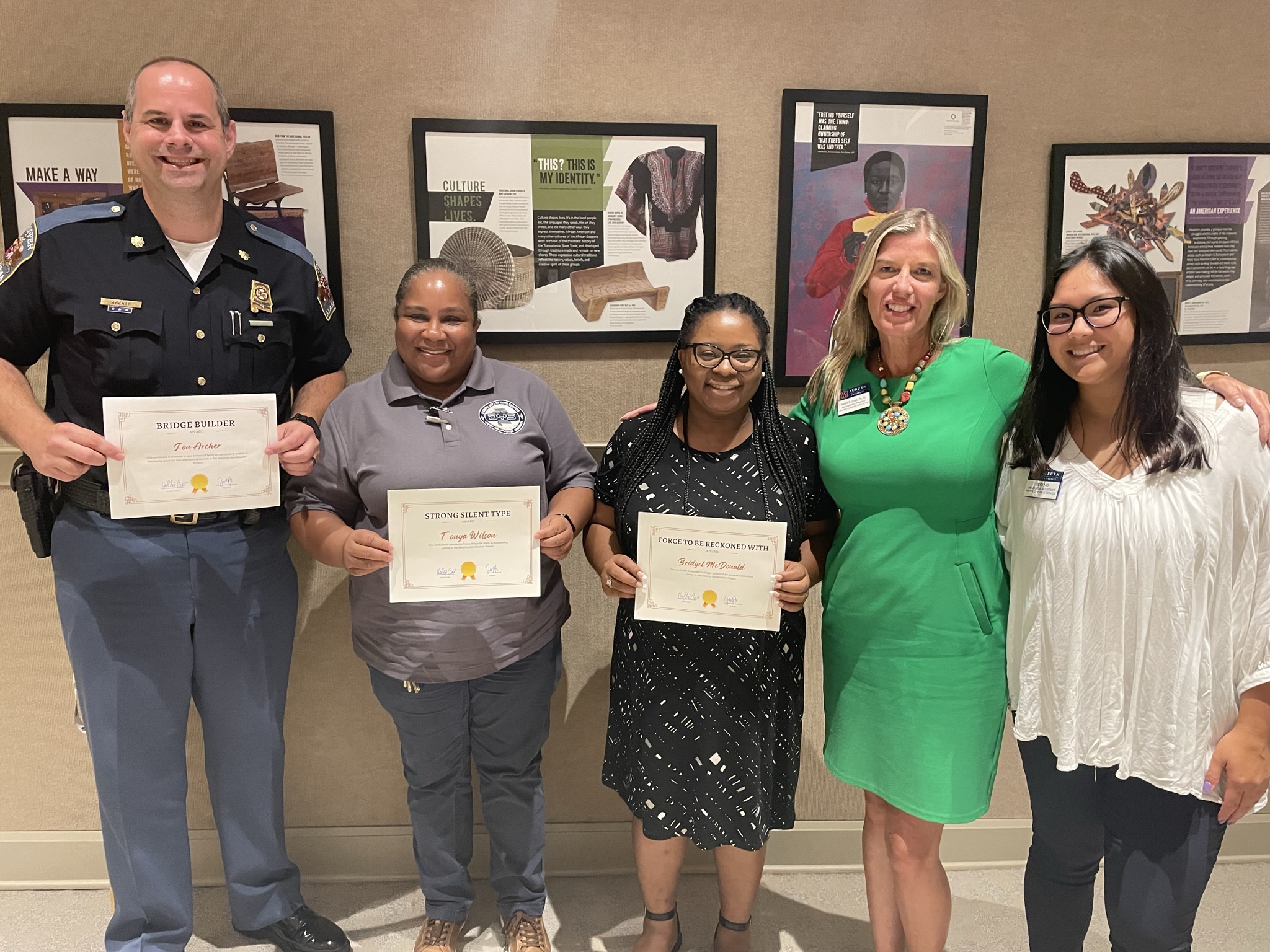 In late 2021, the DMC was contacted by Auburn University Outreach to join the Securing Identification for Individuals who are Incarcerated Project (SIIIP) by hosting a series of convenings in Montgomery throughout the spring. Six months later, the project has helped forty-one individuals receive their identification and is poised to help many more in the future.

The SIIIP project was established to carry out the mandates described in Alabama Act 2021-459, which states that the Alabama Department of Corrections (ADOC) “shall provide the minimum documentation for identification, including a social security card and birth certificate, necessary for Employment” and collaborate with the Alabama Law Enforcement Agency (ALEA) to “assist an inmate in obtaining a non-driver identification card.”

Funded through a grant provided by the Financial Health Network through the Financial Solutions Lab program, Auburn University’s Department of Outreach and Public Service began connecting with stakeholders to facilitate the SIIIP project. Various state agencies and organizations served as partners throughout the project, including the Alabama Department of Corrections (ADOC), the Alabama Department of Youth Services (ADYS), the Shelby County Sheriff’s Office (SCOC), the Alabama Law Enforcement Agency (ALEA), the Alabama Department of Public Health – Vital Records (ADPH), Alabama Appleseed, and Alabama Pardons and Paroles; reentry organizations and justice-involved individuals including citizens who were formerly incarcerated also actively participated during the planning stages of the SIIIP project to provide valuable first-hand insights.

Despite these agencies and organizations working in the same field and toward a shared goal, rarely have they had the opportunity for inter-agency collaboration. To arrange this Assistant Vice President of University Outreach and Public Service at Auburn University Hollie Cost contacted the Mathews Center. A series of convenings was planned for these stakeholders to share their institutional knowledge and unique barriers to securing proper identification for their population, then work together to establish a pathway to successfully implement Alabama Act 2021-459.

On February 16, 2022, the first convening took place at the Juliette Hampton Morgan Memorial Library. DMC Executive Director Rachel Mosness and Creative Director Justin Lutz led the SIIIP team through a guided discussion regarding issues surrounding the process for youth and individuals who are incarcerated to secure proper identification upon release and reentry. Many common barriers emerged, such as a lack of proper funding, transportation, and communication across all departments and agencies.

The objective of the second convening shifted from problems to solutions. On March 4 at the Jubilee Community Center, the DMC team led a deliberative dialogue on possible pathways to overcoming the issues outlined during the previous session. The results were two-fold: each participating organization established ways around both their unique barriers and those within Alabama’s entire correctional system.

By the final convening on March 16, SIIIP facilitators had developed an optimistic perspective on achieving their proposed goals. The group collectively focused on working through each step between identifying an individual who is incarcerated or a committed youth in need of identification and securing it promptly, and what that would look like for each agency.

Through these discussions, representatives from all across the state were able to share their unique struggles, receive valuable input from their peers, and connect with a support network to help enact change. “I really appreciated the convenings,” said Chief Jon Archer of ALEA’s Driver License Division. “Being secluded in my office can cause tunnel vision when working on a problem. Going to a new space and meeting with people who understand the issue and have their own ideas to bring encourages in-depth discussions. We hadn’t had that before.”

Using all the information gathered from each convening, the DMC developed proposed pathways for each participating agency and organization to secure proper identification for those who need it most. These pathways were depicted using detailed infographics outlining the barriers currently in place, suggestions to overcome these issues, and each step in the process for committed youth and individuals who are incarcerated undergoing reentry to obtain their state-issued identification (see below).

SIIIP facilitators, stakeholders, and partners gathered at the Rosa Parks Museum Auditorium in Montgomery on June 21 to present the results from the pilot program, discuss plans for the future, and share how bringing people together turned a seemingly impossible task into a landmark achievement. DMC Executive Director Rachel Mosness served on a panel of partner organizations to contextualize the role of deliberative dialogue in the project and talk through the proposed pathways to be taken as the project further develops. Auburn University Outreach Program Coordinator Tori Ho shared stories from impacted individuals on the importance of having proper identification; “It means everything. Without an ID, you are nobody,” stated a participant from Staton Correctional Institution.

Through the efforts of participating agencies and organizations, SIIIP helped secure proper identification for thirty-nine youth and two inmates at Shelby County Jail. The continuing goal of this project is to expand upon this incredible achievement by providing a detailed pathway to success for other correctional institutions to utilize in the pursuit of securing identification for everyone.

The DMC is honored to have been part of this project and especially thankful to Hollie Cost and Auburn University Outreach for their ongoing supportive partnership. We would also like to thank the Alabama Department of Youth Services, Alabama Law Enforcement Agency, Shelby County Sheriff’s Office, and the Alabama Department of Public Health for helping put vital change into action through this project.