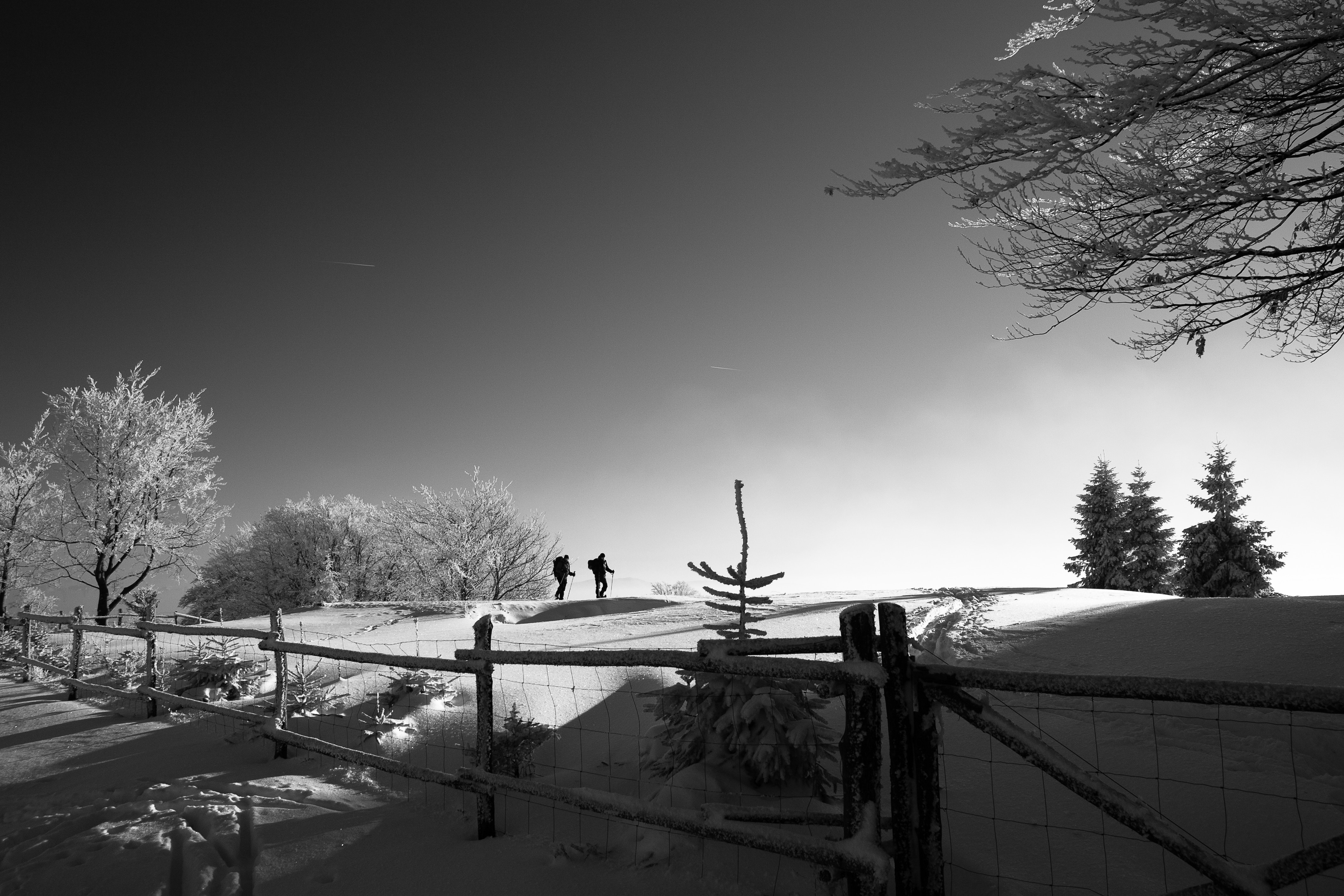 The older I get, the more convinced I am that the space between people who are trying their best to understand each other is hallowed ground.

Two years before Mr. Rogers’ Neighborhood aired in 1968, American poet Robert Frost wrote “Mending Wall,” a poem on boundaries of geography and the imagination. The poem features two men who meet yearly to mend the stone wall between their properties, each time finding new, inexplicable gaps to fill. The narrator muses silently whether the wall is necessary, as there is no livestock to separate. His neighbor says, “Good fences make good neighbors.”

As someone who’s grown up in four Southern states, “Mending Wall” reminds me of what it’s like to navigate new and unfamiliar spaces. It reminds me that hospitality and neighborliness mean different things in different places. Sometimes it nearly convinces me that privacy is more valuable than togetherness – proximity can be a threat or a promise, and well-kept boundaries suggest security, civility, responsibility. But over-building is always a possibility. The most well-intentioned people and communities often confuse building good fences with being good neighbors. Each of us become intimately acquainted with the contours of our side of the fence, perhaps made by the other side of the tracks, the highway cuts through the heart of a once-thriving neighborhood—all boundaries through which we interpolate our position in relation to all others.

For neighbors (and even strangers) moving in and out of public life, where does the responsibility to one another begin and end? What do we owe to our neighbor, and is this more or less than we owe a stranger?

“Love your neighbor as yourself,” even more familiar than Mr. Rogers singing “Won’t you be my neighbor?” is another well-worn commandment that, at least in the Bible Belt, is still woven into our everyday discourse, regardless of backgrounds or beliefs. But as unique as the South is, we are not exempt from the human tendency of dogmatically adhering to social, political, religious, or historical boundaries. These lines run deep. They seem superficial until we come up against them.

Surely boundaries have a healthy and true purpose in our lives, especially when all is well. And in times of crisis, retreating into tradition tends to be the path of least resistance. But such a comfortable retreat can ultimately be to our detriment. “Good fences make good neighbors” narrowly defines our individual identity in relation to our collective lives, which we are called to approach with the expansiveness—I believe—of love. When people face deep-seated problems in the spaces they must ultimately share, prioritizing “good fences” creates proximity without community.

Do you believe “good fences make good neighbors”? Do you also find that the walls we build are in need of constant repair, or perhaps something is there “that doesn’t love a wall / that wants it down?” Maybe, as Frost implies, there’s a much deeper tension at play. As social creatures, we crave both security and freedom. Perhaps the act of constructing a fence and keeping it in good condition, together, is the ultimate illustration of sometimes-conflicting Southern ideals of hospitality and self-reliance, and of the larger questions of identity and belonging that communities everywhere face.

Every place has people of goodwill and independence who struggle to balance the tension between the need to construct a boundary and the desire to transcend it.

The poem concludes, not with a prescription to dissolve all boundaries, but with a cryptic mantra: “Good fences make good neighbors.” Yet the author’s question of why still hangs in the air. If we recognize that boundaries have a purpose, but also explore how to be good neighbors, perhaps we can pick up where the poem leaves off. Every place has people of goodwill and independence who struggle to balance the tension between the need to construct a boundary and the desire to transcend it. It’s quite possible that the definitions of what constitutes a good fence vary widely. Certainly, without moving past an exchange of platitudes, we will not come to any understanding about the gaps in our fences, why they happen, and why we build fences well beyond their apparent function.

Too often we approach one another fearing what will happen if there is little or nothing in common. We can avoid engaging the unfamiliar by retiring into the comfortable inevitability of our fence. It’s always been this way. Good fences make good neighbors. Yet these fences need mending, and we’re called to work with each other to maintain the ostensibly private spaces that we deem sacred. But with areas of common ground among Americans shrinking at an alarming rate, “Won’t you be my neighbor?” takes on renewed relevance, and based on the public’s overwhelming response to remembering Mr. Rogers, maybe Americans crave real conversation precisely because of our growing divides.

In “Mending Wall” we only hear one side of the story, and we see the neighbor portrayed as walking in darkness “not only from the shade of trees.” However, the narrator stops short of putting trite words in his neighbor’s mouth. What if we too were willing to hear directly from our neighbor—were willing to give them the benefit of doubt? What would that conversation be like, if we were able to unyoke ourselves from our own perspective?

Has your community reduced being good neighbors to building good fences? Isn’t time to acknowledge the tensions of our lives with honest conversation as well as by our forebears’ sayings? Where would you start?

We live in a time when listening and working to understand what others value is growing more urgent daily, and in that sense, this time is really no different from any other. Wendell Berry, another poet of rural America, defines community as “the mental and spiritual condition of knowing that the place is shared, and that the people who share the place define and limit the possibilities of each other’s lives. It is the knowledge that people have of each other, their concern for each other, their trust in each other, the freedom with which they come and go among themselves.” About a century earlier José Martí, a pivotal figure in Latin American literature and Cuban independence, wrote that “In times of crisis, the peoples of the world must rush to get to know one another.”

Admittedly, this is messier work than keeping to our side of the fence. So where does love come into it? Fred Rogers believed “Love is at the root of everything. Love or the lack of it.” Not many years before Mr. Rogers’ Neighborhood, Dr. Martin Luther King, Jr. reminded audiences that “the end [of nonviolent resistance] is reconciliation; the end is redemption; the end is the creation of the beloved community. It is this type of spirit and this type of love that can transform opposers into friends. It is this type of understanding goodwill that will transform the deep gloom of the old age into the exuberant gladness of the new age. It is this love which will bring about miracles in the hearts of men.”

Much more has been written about love. More importantly, I believe each of us has known times of security and times of being unmoored, times of connection and division, when love—or the lack of love —was at the root of everything. Rather than fall back on what’s already been said, I invite you to add your story, and to listen to others. Let’s shift the focus from building good fences to being good neighbors.