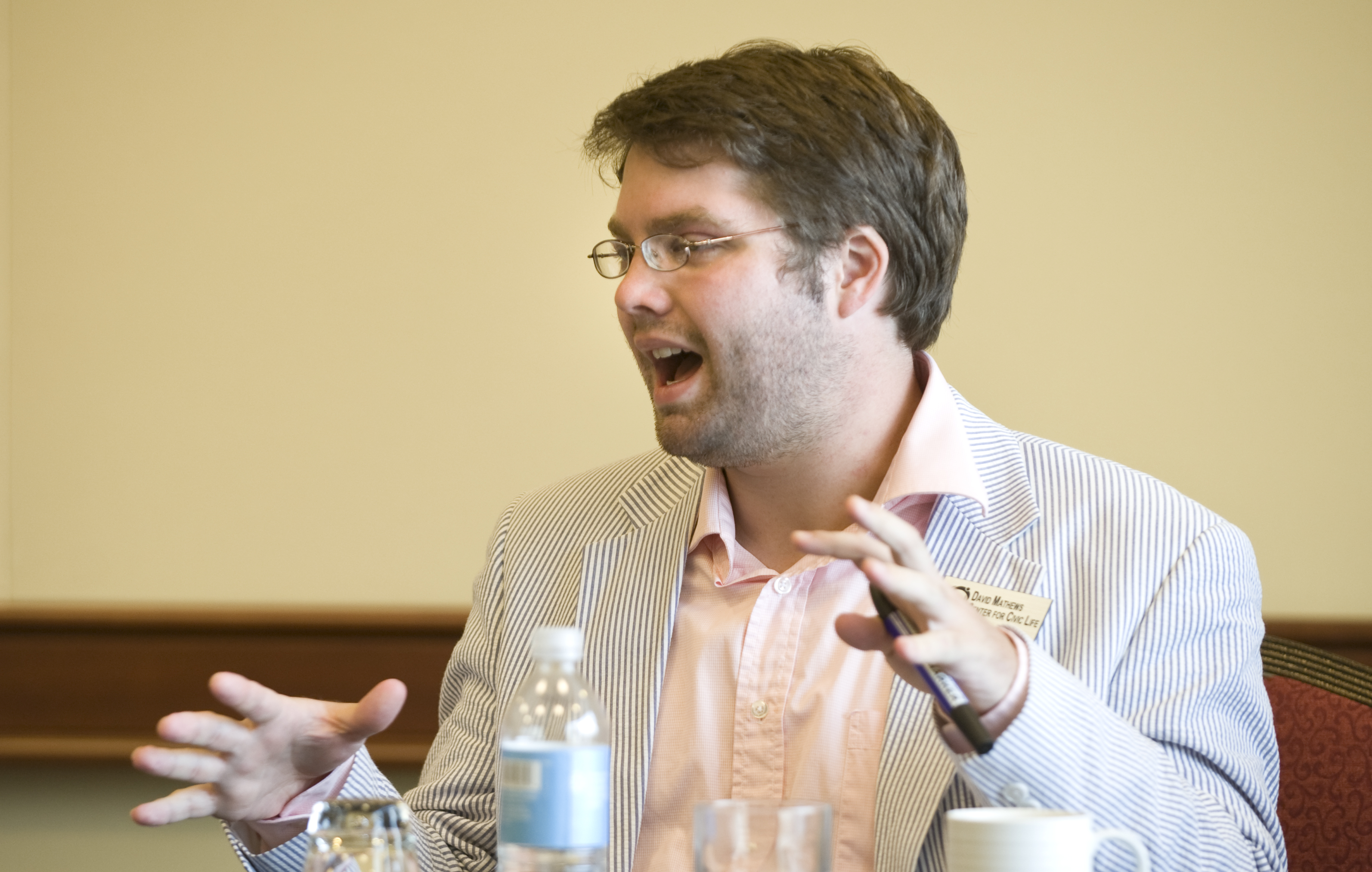 Former intern Will Thomas looks back on his path from the Mathews Center to Hunger Free America.

“I always saw myself doing policy and advocacy work,” Thomas said. “For me, the hunger issue clicked in an interesting sequence: While I was a JOIP Intern, I took an industrial organization class where I learned about the agriculture sector and I lived at Canterbury Chapel in Tuscaloosa which had a weekly food pantry. I think those three experiences really piqued my interest in the issue of hunger,” Thomas continued.

“In many ways it’s a political problem, especially since we live in the richest and most agriculturally productive nation on earth.”

As for what attracted him to the JOIP program, Thomas attributes much of his interest to the then Executive Director Lane Busby McLelland.  “Lane is one of my mentors to this day,” Thomas said enthusiastically. “Her warmth, magnetism, and kind-heartedness are something I still try to emulate today.”

After studying economics and finance with a concentration in public policy at the University of Alabama, Thomas attended Auburn University, graduating with a Masters degree in Agricultural Economics with a focus on food and nutrition policy. In addition to participating in the JOIP internship, Thomas was an active member of International Relations Club/Model UN, Student Government Association, and various honor societies at the University of Alabama, and the Committee of 19 at Auburn University.

“I think at its root, economics is about explaining [how] people act in a world where we face scarcity,” Thomas explained of his interest in the field. “It’s about human decision making and behavior, and I think it’s a discipline at a really interesting impasse.”

Regarding his current job at Hunger Free America, Thomas laughed, “I think anyone in a policy job would tell you that there is no such thing as a normal day to day, especially in our current environment.”

“Primarily my job at Hunger Free America is to build the evidence base about what works best to fight food insecurity, identify policy solutions, and make sure the voices of food insecure and low-income people in this country are heard on Capitol Hill,” Thomas clarified.

“Fundamentally, the biggest challenge we face is an empathy gap, and this is where I think the deliberative democracy-building of organizations like the David Mathews Center, Kettering, and others is so important,” Thomas vouched. “It’s really easy for politicians, the media, and even well-meaning but narrow-sighted fellow advocates, to turn people on public assistance into ‘welfare queen’ villains, question their motives, call them lazy or entitled, or lecture them on which foods they might or might not choose when faced with impossibly restrictive budgets.”

“Too often in this country, receiving public benefits is less of a hand up and more of a hand slap to the face.”

“We can create as many social media or PR campaigns as we want, and I’ve been on hundreds of visits to staffers on Capitol Hill, but if we want to change the political conversation about what it means to be on food assistance in this country, we have to engage with each other in a way that’s more meaningful,” Thomas asserted. “One in which we understand each other’s’ stories and realize that more often than not we hold the same things valuable.”

Outside of his job at Hunger Free America, Thomas has been adjusting to Washington, D.C. with great enthusiasm, filling his time with yoga, bread baking, and volunteering.

“Life is different in a lot of ways up here compared to Alabama—I think you interact with so many more people on any given day than I ever had to in Alabama regardless of where I lived,” Thomas said. “I very much enjoy not having to deal with having a car on a daily basis… and DC is infinitely more friendly to LGBT people, and as one, that’s a nice touch.”

And according to Thomas, the skills that he learned at JOIP continue to remain relevant.

“I think my time in the JOIP taught me skills that I don’t think you could readily develop at any other internship,” Thomas attested. “While you may never get a job being a deliberative democracy practitioner or community organizer, the skills you learn will be invaluable not only to your career but also to your life regardless of what your job title is.”