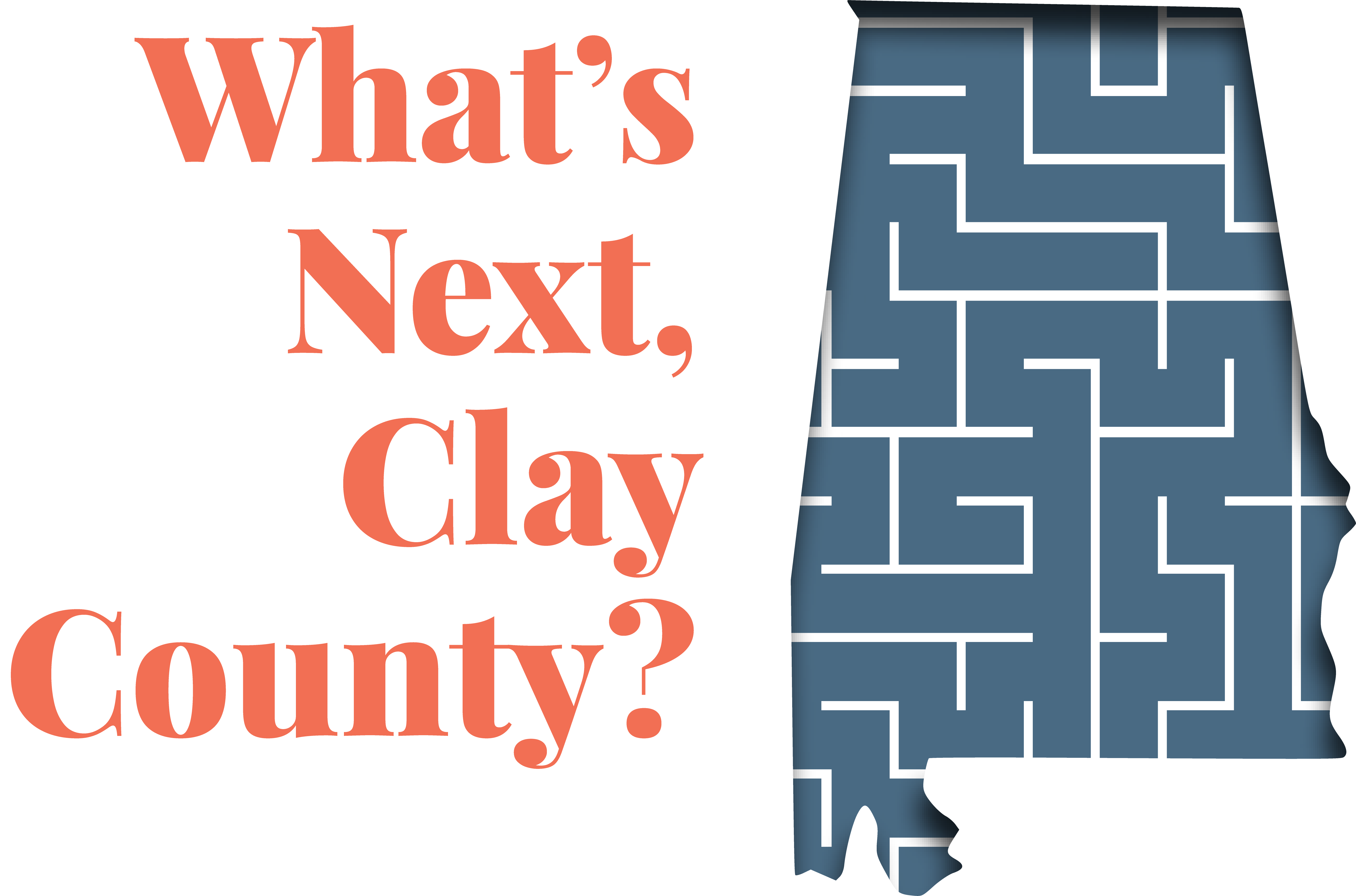 Ashland, Alabama is well-known to the DMC as a community that works together. This March, over the course of three What’s Next, Clay County? conversations, our staff became more familiar with the surrounding areas as well.

The DMC’s most ambitious public forum series to date, entitled “What’s Next, Alabama?” (WNAL) will run through 2020, coinciding with the state’s bicentennial. WNAL provides an opportunity for each community to meet at least three times. Each forum is guided by a question – Where are we now? Where do we want to go? How do we get there? prompting participants to craft a vision for their community by looking back, examining the present, and thinking ahead.

At the first forum in Ashland, twenty-eight participants reflected on how their history has shaped the community. They valued the small-town feel, the beautiful natural resources, and the close-knit community ties. The group shared concerns that young people – even those who want to remain or return to Clay County – do not always have sufficient employment or housing options, compared to surrounding areas. A number of participants felt that since Ashland and Lineville recently consolidated into the Central Clay County High School, the famous 102-year-old football rivalry between the high schools has left a gap that is yet to be filled between the two communities. “If we’re going to improve our community, we have to work better together as a county, not as separate communities,” stated one participant.  “We’re still divided by the rivalry and we have to overcome that.”

Following suggestions from the group, the second forum was held at the county school in the spirit of strengthening ties between Ashland and Lineville. Looking to the future, twenty active community members deliberated together on how to capitalize on local assets for future economic and workforce development. Their ideas include developing a trade school, a family resource center, increasing local awareness of mental health resources, bringing business owners, county officials, and more citizens into the conversation, and looking into ways to build upon local assets such as the Ashland-Lineville airport. Several ideas revolved around capitalizing on the traffic heading to surrounding areas, including an RV park. “I have so much love for the people of this community,” said one. “Clay County has a lot of potential.”

Following the third forum, which focused on achievable next steps, the group has formed committees to research developing a trade school, identifying new business opportunities that the area could support, and developing a source of funding. Meanwhile, it’s clear this community has a lot of energy, from its upcoming 2018 Agricultural Expo and County Fair to their plans for a Bicentennial celebration centered around its local heirloom watermelons.

The group has created a Facebook page for transparency and ease of access, and is seeking new members from across Clay County. What’s Next, Clay County? has invited the DMC back for a community-wide progress report in the coming months. To learn more, or to join a What’s Next, Clay County? committee, contact: Ashland City Librarian Tina Nolen at ashlibrary1@outlook.com, City Councilwoman Kim Cain, or Clay County Chamber of Commerce Director Tiffany Young.

We thank Tina Nolen, Kim Cain, Lee Smith, and those who helped them in convening and actively recruiting forum participants from across the community. It is a continued privilege to work with individuals who are so dedicated to their hometown’s growth and well-being. What’s Next, Alabama? is a conversation on what “the good life” means to you and your community, and what you can do together to make strides toward achieving a better life, however you define that. It’s a conversation about your community’s economic future, in the broadest sense. To bring What’s Next, Alabama? to your community, contact Justin Lutz at jlutz@mathewscenter.org.